In The Shadow Of Blackbirds

Suitable for ages 14 and up.

In 1918, the world seems on the verge of apocalypse. Americans roam the streets in gauze masks to ward off the deadly Spanish influenza, and the government ships young men to the front lines of a brutal war, creating an atmosphere of fear and confusion.

Sixteen-year-old Mary Shelley Black watches as desperate mourners flock to séances and spirit photographers for comfort, but she herself has never believed in ghosts. During her bleakest moment, however, she’s forced to rethink her entire way of looking at life and death, for her first love—a boy who died in battle—returns in spirit form. But what does he want from her? Featuring haunting archival early-twentieth-century photographs, this is a tense, romantic story set in a past that is eerily like our own time. Read Less 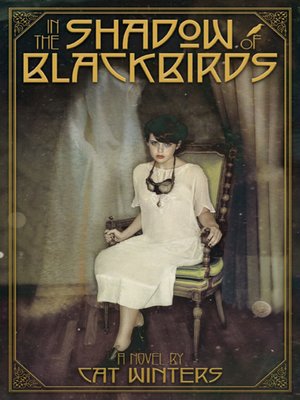 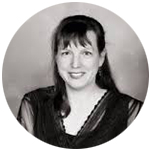 Cat Winters was born and raised in Southern California. She received degrees in drama and English from the University of California, Irvine, and formerly worked in publishing. Her critically acclaimed debut novel, In the Shadow of Blackbirds, was named a 2014 Morris Award Finalist, a School Library Journal Best Book of 2013, a 2014 Best Fiction for Young Adults pick, and a 2013 Bram Stoker Award Nominee.

Her second novel, The Cure for Dreaming, was named to ALA’s 2015 Amelia Bloomer Project, the 2014 Tiptree Award Longlist, and VOYA’s 2014 Best Science Fiction, Fantasy, Horror. Her upcoming novels include The Steep and Thorny Way (YA fiction, March 2016). Cat lives in Portland, Oregon, with her husband and kids.Read Less