Anatomy of a Misfit

From bestselling adult novelist Andrea Portes comes her Young Adult debut: ANATOMY OF A MISFIT , an emotionally resonant story that Publishers Weekly raves is “instantly endearing” with a “highly memorable heroine” and voice.

Anika is the third most popular girl in her high school–despite feeling she doesn’t fit in with the popular crowd in her small Nebraskan town. To maintain her social status, Anika does whatever Becky Vilhauser (first most popular girl in school) tells her to do. But when loner Logan McDonough returns from summer vacation hotter, and more mysterious than ever, Anika has a hard time staying away–even when Becky forbids her to date him. Anika’s glimpse into Logan’s troubled home life only draws her closer, but despite her blossoming feelings, Anika breaks up with him. In an emotionally devastating ending (*spoiler alert*), Logan’s father’s violent abuse turns deadly. He kills Logan, Logan’s mother, and then himself, leaving Anika in the wake of tragedy. The novel concludes with Anika’s revelation that we have only one chance to be true to ourselves, and nothing is more important than listening to your own heart.ANATOMY OF A MISFIT is based on Andrea Portes’ real-life experiences as a teenager. She was profiled as a Face of Courage in September 2014 for Moms Demand Action, the group lobbying for gun sense reform.Please note: Contains adult themes and language. Read Less 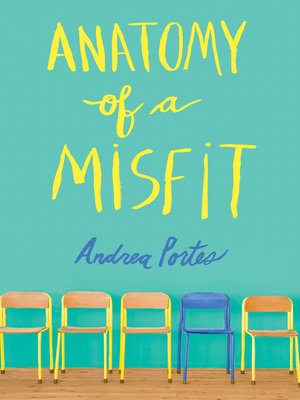 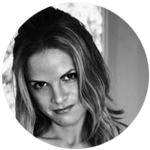 Andrea Portes is the bestselling novelist of the critically lauded adult novel, Hick. The book was her debut and has since been made into a feature film starring Chloë Grace Moretz, Alec Baldwin, Blake Lively, Eddie Redmayne, and Juliette Lewis. Bury This, her second novel, was published in January 2014 by Soft Skull Press. Anatomy of a Misfit is her third novel, and her first for young adult readers.

Click here to to read the exclusive interview with Andrea.