A Comedian’s Guide to Life on the Spectrum 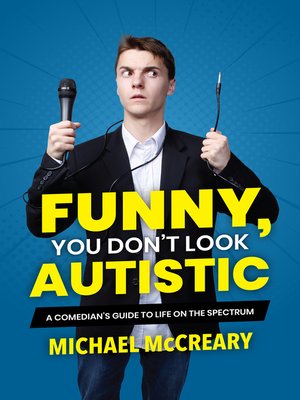 Like many others on the autism spectrum, 20-something stand-up comic Michael McCreary has been told by more than a few well-meaning folks that he doesn’t “look” autistic. But, as he’s quick to point out in this memoir, autism “looks” different for just about everyone with Autism Spectrum Disorder (ASD). 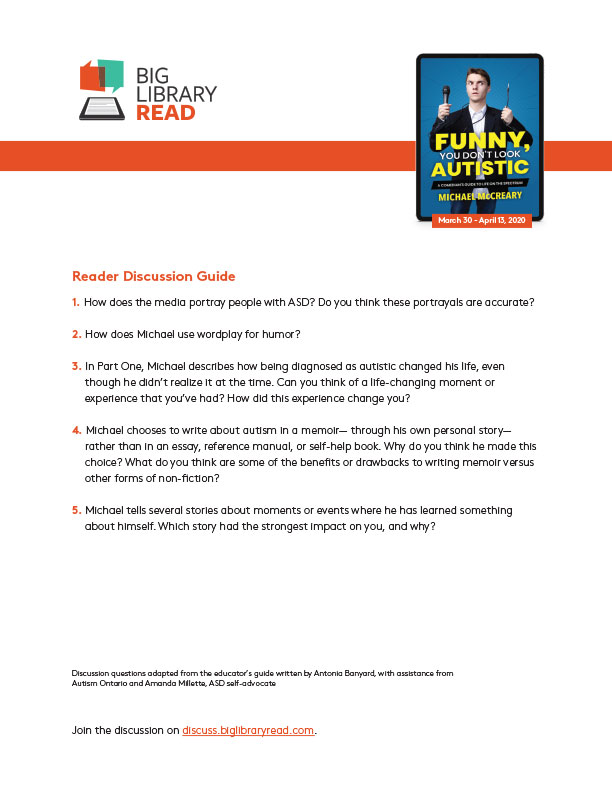 Letter from the author 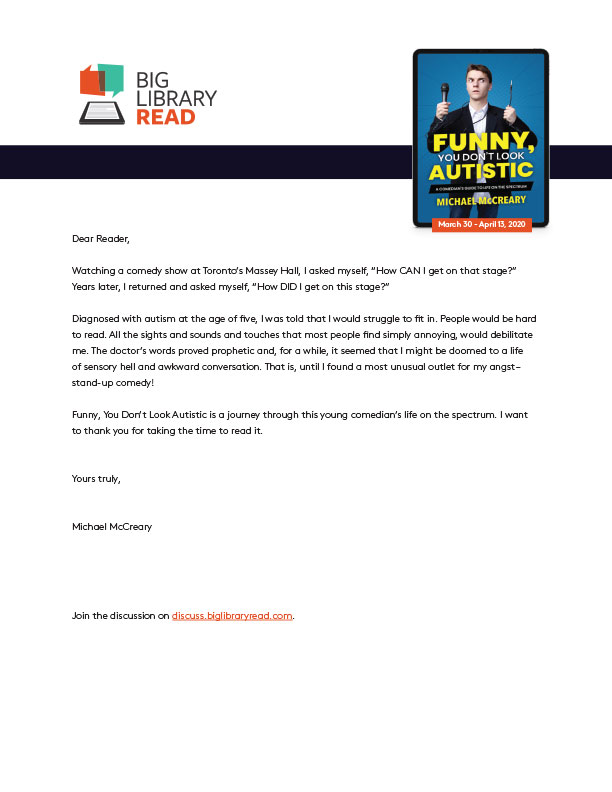 Interview with the author 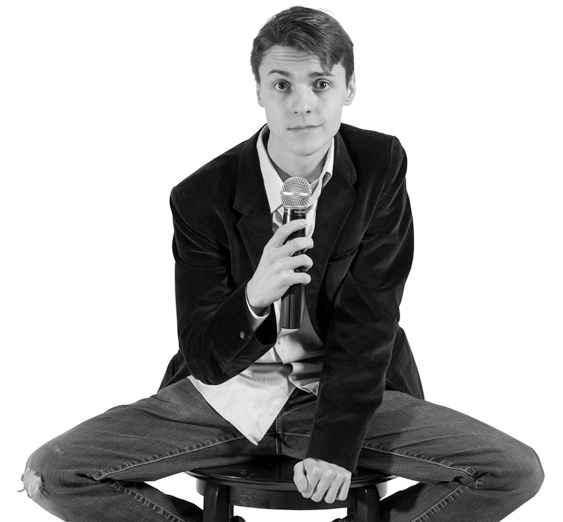 Michael McCreary was born the second child of three and raised in the docile hills of Hockley Valley, Ontario. He spent his youth immersing himself in the world of film, playing the saxophone, and turning to joke- and sketch-writing to cope with the bullying he often faced at school. At the age of thirteen, his parents enrolled him in the Stand Up for Mental Health program, headed by the incomparable David Granirer, to help him find a positive outlet for his angst. It worked, and he’s now performed at stand-up shows, keynote addresses, and panel presentations in every province in Canada and across the United States. Michael has since honed his comedy skills at Toronto’s Second City Training Centre. He uses stand-up to dispel many of the long-held misconceptions about being on the autism spectrum. He is overjoyed to explore these ideas in depth in his first book, Funny, You Don’t Look Autistic, drawing on his personal experiences as well as his own observations of autism in pop culture. …read more on his personal website